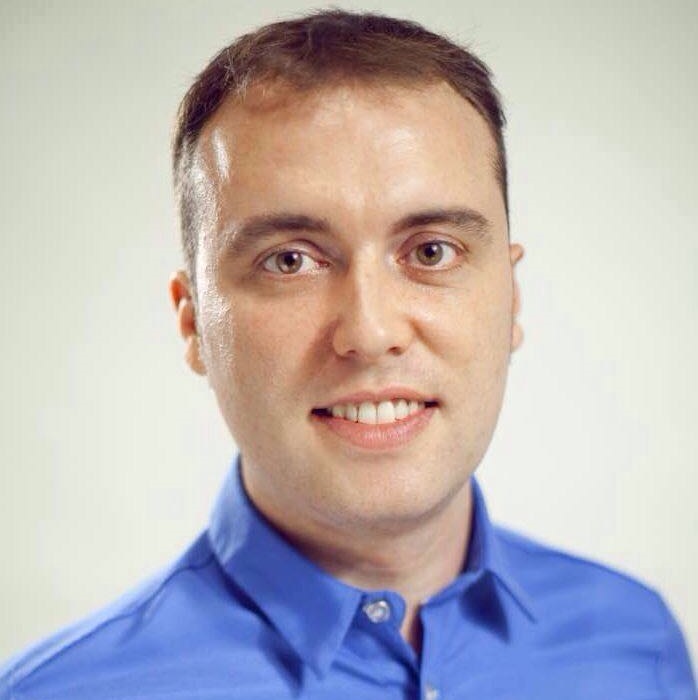 Mario Lanza is an Associate Professor of Materials Science and Engineering at the King Abdullah University of Science and Technology (KAUST), in Saudi Arabia since October 2020. Dr. Lanza got his PhD in Electronic Engineering with honors in 2010 at Universitat Autonoma de Barcelona. During the PhD he was a visiting scholar at The University of Manchester (UK) and Infineon Technologies (Germany). In 2010-2011 he was NSFC postdoc at Peking University, and in 2012-2013 he was Marie Curie postdoc at Stanford University. On October 2013 he joined Soochow University as Associate Professor, and in March 2017 he was promoted to Full Professor. Prof. Lanza has published over 120 research papers, including Science, Nature Electronics, Nature Chemistry, and IEDM, edited a book for Wiley-VCH, and registered four patents (one of them granted with 5.6 Million CNY). Prof. Lanza has received the 2017 Young Investigator Award from Microelectronic Engineering (Elsevier), and the 2015 Young 1000 Talent award (among others), and in 2019 he was appointed as Distinguished Lecturer of the Electron Devices Society (IEEE-EDS). Prof. Lanza is Associate Editor of Scientific Reports (Nature) and Microelectronic Engineering (Elsevier), and serves in the board of many others, like Advanced Electronic Materials (Wiley-VCH), Nanotechnology and Nano Futures (IOP). He is also an active member of the technical committee of several world-class international conferences, including IEEE-IEDM, IEEE-IRPS, IEEE-IPFA and APS. Prof. Lanza leads a research group formed by 10-15 PhD students and postdocs, and they investigate how to improve electronic devices using 2D materials, with special emphasis on two-dimensional (layered) dielectrics and memristors for non-volatile digital information storage and artificial intelligence computing systems. 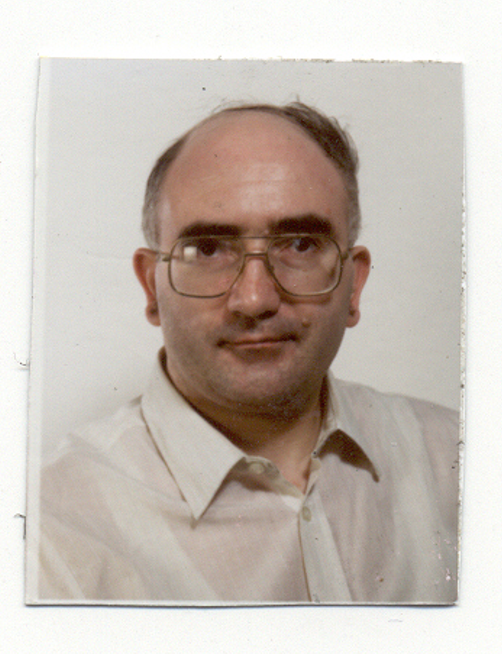 Eddy Simoen was born in Torhout (Belgium) on March 3, 1957. He obtained his Bachelor (1976-78) and Master Degree in Physics Engineering (1978-'80) and the Doctoral Degree in Engineering ('85) from the University of Gent (Belgium). His doctoral thesis was devoted to the study of trap levels in high-purity germanium by deep-level transient spectroscopy. In 1986, he joined imec to work in the field of low temperature electronics. His current interests cover the field of device physics and defect engineering in general, with particular emphasis on the study of low-frequency noise, low-temperature behavior and of radiation defects in semiconductor components and materials. He is an Imec Senior Researcher, currently involved in the study of defect and strain engineering in high-mobility and epitaxial substrates and defect studies in germanium and III-V compounds (AlN, GaN, InP...). Another current focus point is the study of defects in quantum dot transistors using low-frequency noise and DLTS. In 2013, he was nominated part-time Professor at the Ghent University in the field of the study on the impact of defects on semiconductor devices. In 2016 he became a Fellow of the Electrochemical Society. Since November of 2016 he is the Chair of the IEEE EDS Chapter Benelux. He is also a member of the Editorial Board of Semiconductor Science and technology.
In these fields, he has (co-) authored over 1700 Journal and Conference papers and in addition 12 book chapters and a monograph on Radiation Effects in Advanced Semiconductor Devices and Materials (Springer, 2002) whereof the Chinese translation has been published in March 2008. He was also a co-editor of the book on Germanium-based Technologies - from Materials to Devices (Elsevier March 2007; Chinese translation 2010). Another book on the “Fundamental and Technological Aspects of Extended Defects in Germanium” has been published by Springer in January 2009. A monograph on Random Telegraph Signals in Semiconductor Devices has been published in October 2016 by the Institute of Physics. A book on “Metal impurities in silicon- and germanium-based technologies” has been published by Springer in Fall 2018. He is also a co-inventor of two patents.
He acted as co-editor of four International Conference Proceedings and was a lecturer at the International Noise School held at Imec in 1993, at the ENDEASD Workshop in Santorini (Greece; April 1999) and Stockholm (Sweden, June 2000) and at the EUROSOI Workshop in Leuven (January, 2007). He is the lead organizer of the biannual High Purity Silicon Symposium at ECS Fall meetings and organized a NANOSIL Workshop on high-mobility substrates in Strasbourg (2009) and Glasgow (2010). Finally, he acted as a co-organizer of the 2014 and 2018 Doctoral Summer School on Defects in Semiconductors at Ghent University. 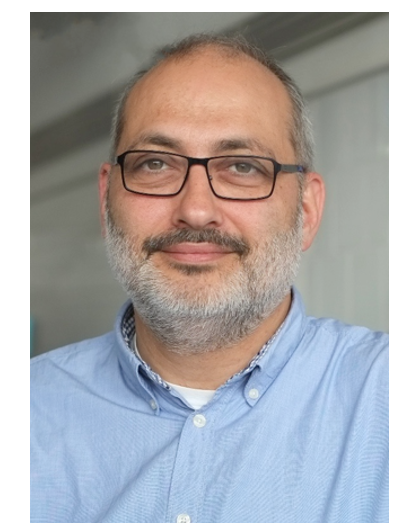 Prof. Lluis F. Marsal is Distinguished Professor and full professor at the University Rovira i Virgili, Spain. Ph.D. from the University Politecnica de Cataluña, Spain, 1997. Postdoctoral researcher at the ECE, University of Waterloo, Canada (1998-1999).
In 2012, he received the URV's RQR Award for the high quality in research and in 2014, he received the UniSA Distinguished Researcher Award, and the 2014 ICREA Academia Award from the Generalitat of Catalunya. Since 2019, he is the Chair of the Subcommittee for Regions/Chapters (SRC) – Regions 8 IEEE- EDS and member of the Regions & Chapters Committee and Member of the EDS Technical Committee on Photovoltaic Devices. He is a senior member of the IEEE and a member of the Distinguished Lecturer program of the EDS. He has been a member of advisory and technical committees in several international and national conferences and has been visiting professor at several universities and research institutions (CINVESTAV - Instituto Politécnico Nacional, Mexico, McMaster University, Canada, ICMM-CSIC, BiomaGUNE, Spain, Mawson Institute, Australia). He has co-authored more than 200 publications in international refereed journals, 2 books, 5 book chapters and 3 patents. His current research interests focus on polymer and hybrid solar cells and nanostructured materials for optoelectronic devices and low–cost technologies based on micro- and nanoporous materials for biosensing and bio-applications. 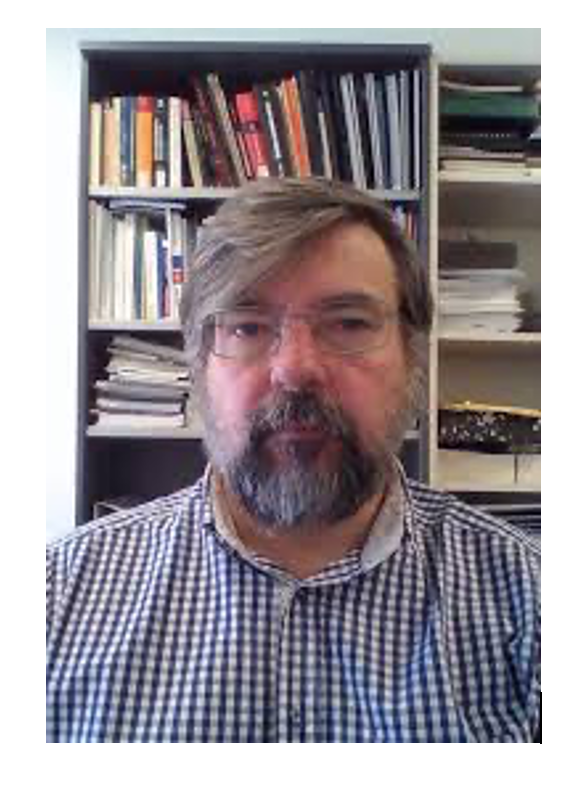 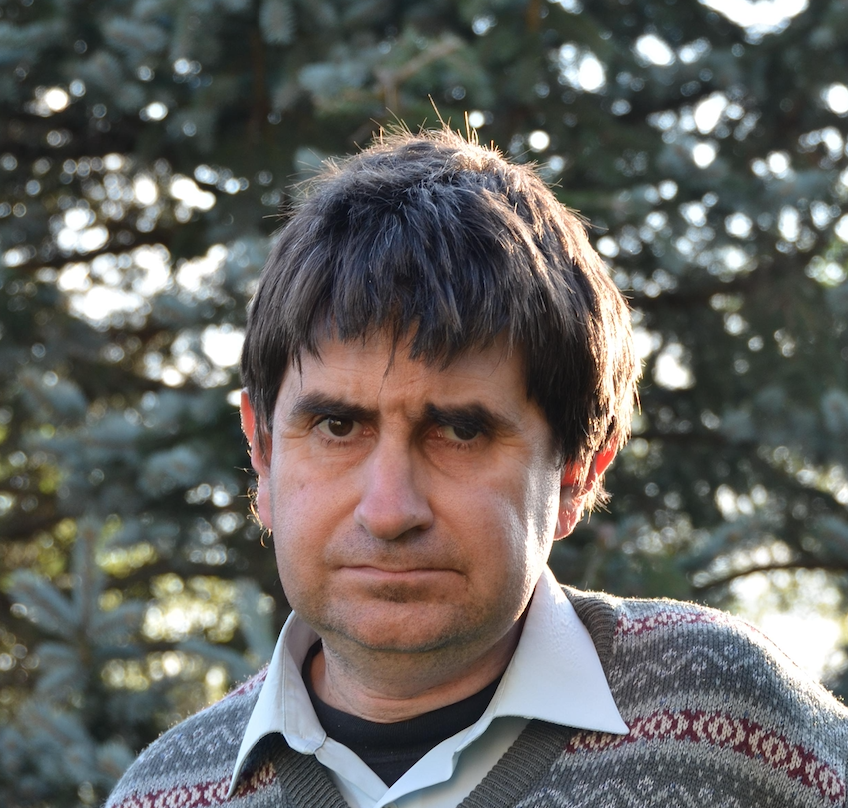 Benjamin Iñiguez obtained the Ph D in Physics in 1996 from the Universitat de les Illes Balears (UIB). In February 2001 he joined the Department of Electronic, Electrical and Automatic Control Engineering of the Universitat Rovira i Virgili (URV), in Tarragona, Catalonia, Spain) as Titular Professor. In February 2010 he became Full Professor at URV. He obtained the Distinction from the Catalan Government for the Promotion of University Research in 2004 and the ICREA Academia Award (ICREA Institute) in 2009 and 2014. He led or is leading two research projects funded by the European Union. He has supervised 14 Ph D students, and co-supervised one more. He has published more than 170 research papers in international journals and more than 160 abstracts in proceedings of conferences. He was elevated to the grade of IEEE Fellow in 2019. His main research interest is the compact modeling of emerging semiconductor devices, in particular nanoscale Multi-Gate MOSFETs GaN HEMTs, and organic and oxide TFTs.

Ioannis (John) Kymissis is the Kenneth Brayer Professor of Electrical Engineering at Columbia University and Chair of the Department of Electrical Engineering. He graduated with his SB, M.Eng., and Ph.D. degrees from MIT. His M.Eng. thesis was performed as a co-op at the IBM T.J. Watson Research Lab on organic thin-film transistors, and his Ph.D. was obtained in the Microsystems Technology Lab at MIT, working on field-emission displays. After graduation, he spent three years as a postdoc in MIT's Laboratory for Organic Optics and Electronics, working on a variety of organic electronic devices, and also as a consulting engineer for QD Vision (later acquired by Samsung Electronics). He joined the faculty at Columbia University in electrical engineering in 2006 as an assistant professor. He has won a number of awards for his work, including the NSF CAREER award, the IEEE EDS Paul Rappaport award, the Vodaphone Americas Foundation Wireless Innovation Award, the MIT Clean Energy Prize, and a Verizon Powerful Answers award. An SID Fellow, he recently served a term as the editor-in-chief of the Journal of the Society for Information Display. In addition, he was the general chair for the 2014 Device Research Conference and was the program vice chair for the 2019 SID Display Week Symposium. 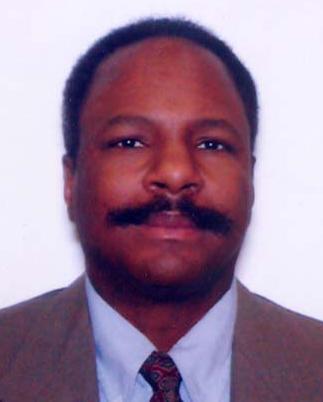 Héctor J. De Los Santos received the Ph.D. degree in electrical engineering from Purdue University, West Lafayette, IN, in 1989. He founded NanoMEMS Research, LLC, Irvine, CA, a company engaged in Nanoelectromechanical Quantum Circuits and Systems (NEMX) and RF MEMS (NanoMEMS) research, consulting, and education, where he focuses on discovering fundamentally new devices, circuits and design techniques. Prior to founding NanoMEMS in 2002, he spent two years as a Principal Scientist, RF MEMS, at Coventor, Inc., Irvine, CA. From 1989 to 2000, he was with Hughes Space and Communications Company, Los Angeles, CA, where he served as Principal Investigator and the Director of the Future Enabling Technologies IR&D Program. Under this program he pursued research in RF MEMS, quantum functional devices and circuits and photonic bandgap crystal devices and circuits. He holds over 30 U.S., European, German and Japanese patents and is author of bestseller textbooks, including, Introduction to Microelectromechanical (MEM) Microwave Systems, Norwood, MA: Artech House, 1999 [This book was the first in the RF MEMS field and has become an Artech House classic, now being in their IPF® (In-Print-Forever®) program], RF MEMS Circuit Design for Wireless Communications, Norwood, MA: Artech House, 2001, Principles and Applications of NanoMEMS Physics, Dordrecht: The Netherlands: Springer, 2005, and Radio Systems Engineering: A Tutorial Approach, was published by Springer, New York, in 2014. His most recent book is Understanding Nanoelectromechanical Quantum Circuits and Systems (NEMX) for the Internet of Things (IoT) Era, The Netherlands, River Publishers, 2019. His research interests include, theory, modeling, simulation, design and demonstration of emerging devices (electronic, plasmonic, nanophotonic, mechanical systems in the quantum regime, etc.), and wireless communications.
During the 2010-11 academic year he held a German Research Foundation (DFG) Mercator Visiting Professorship at Institute for High-Frequency Engineering and Electronics, Karlsruhe Institute of Technology/University of Karlsruhe, Germany, where his activities included teaching, and conducting research on his DFG-funded project "Nanoelectromechanical Interferometric Tuning with Non-Equilibrium Cooling for Microwave and mm-Wave Electronics". From 2001-2003 he lectured worldwide as an IEEE Distinguished Lecturer of the Microwave Theory and Techniques Society. Since 2006 he has been an IEEE Distinguished Lecturer of the Electron Devices Society. On 27 February 2020, he was bestowed the title of Honorary Professor by Amity University, Noida, Delhi-NCR, Uttar Pradesh, India. He is an IEEE Fellow.